End of December 2013:
Ibaba Rwanda won a call for project launched by the French Cooperation in Rwanda (Social Fund for Development) in order to increase the development of the CORUM cooperative through training of new embroiderers and expansion of the workshop building. 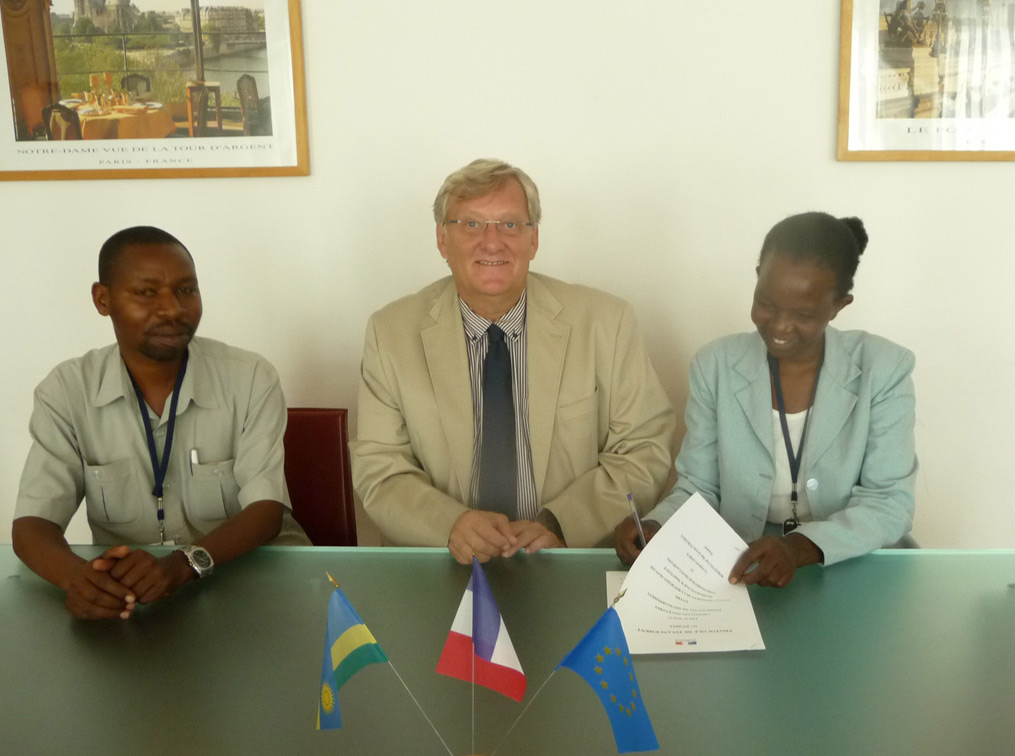 December 2013 at the French Embassy in Rwanda: The French Ambassador Mr Michel Flesh, signed the funding agreement with Félicien and Xaverine, the president of the cooperative of embroidery.

February 2014:
Ibaba Rwanda inaugurates and launches its plan of training and development of the cooperative, with the visit of members of the French Embassy. 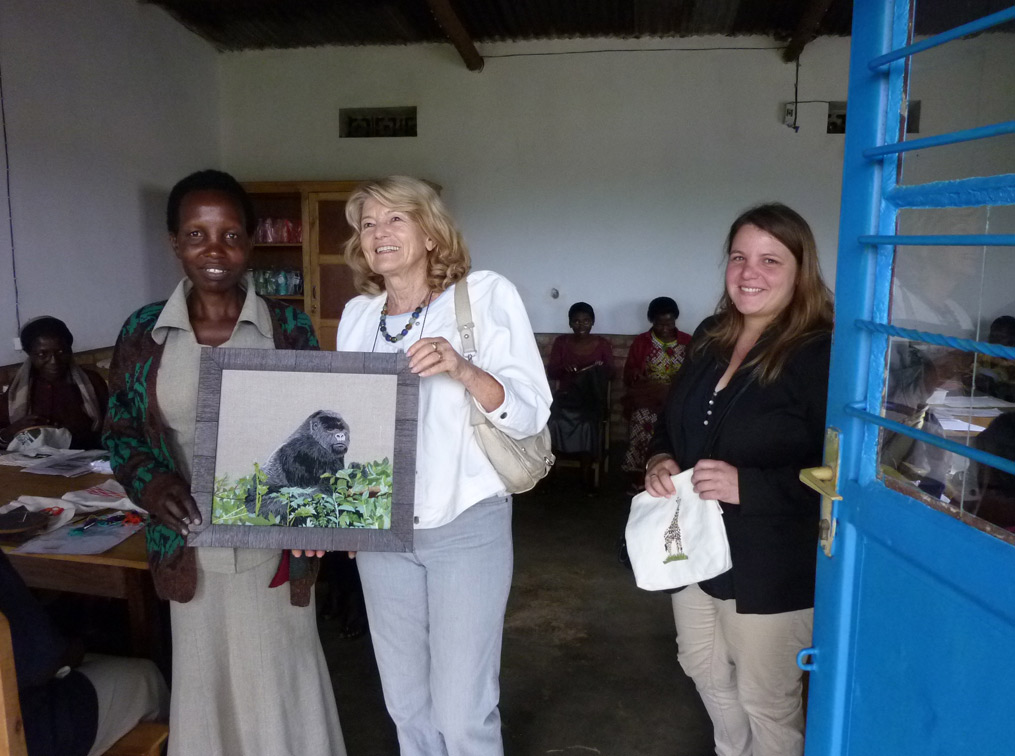 Mr Michel Flesh, Ambassador of France in Rwanda, Ms Marianne Racamier, Project administrator of the Social Fund for development, and Ms Flesh surrounded by the embroiderers. 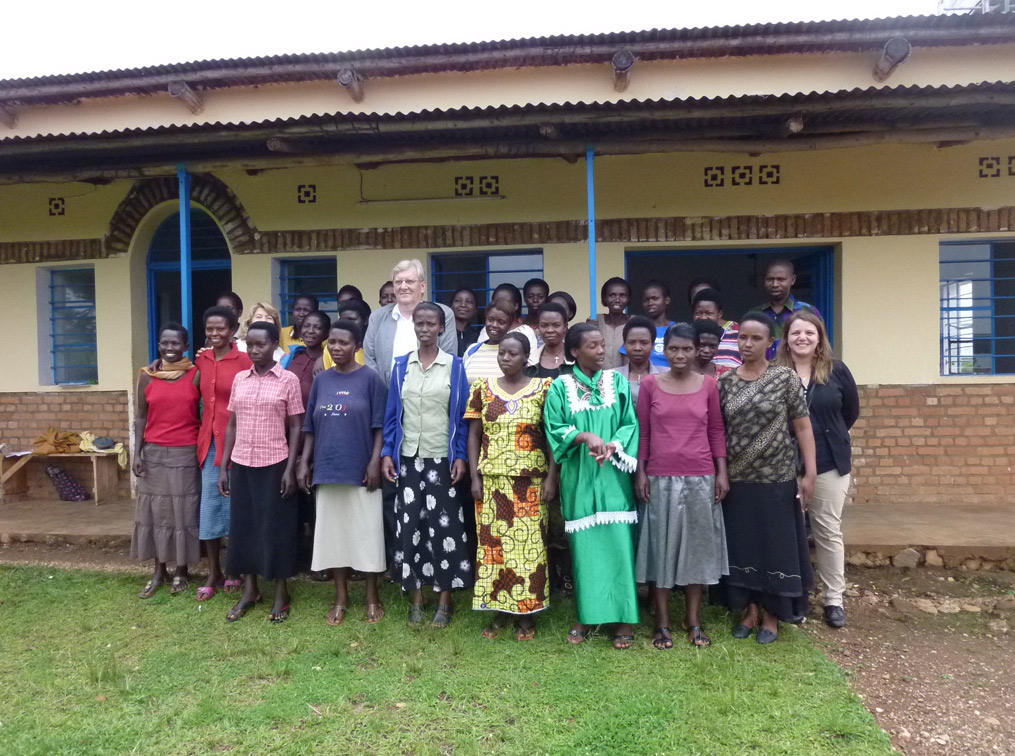 Ms and Mr Flesh, Ms Racamier with the team of the Ibaba Rwanda workshop